Here i am focusing on property theft... a very annoying behaviour humans indulge in ....


Overview
I am interested in making theft less profitable.  I want to dissuade a thief from continuing her craft.  I am not interested in capturing, incarcerating , punishing crooks.  I think those efforts largely fail.  If they worked then America with the largest population in prison would have no theft.

One possibility is to use honeypots .... this is a lure to identify theft-prone individuals.  The lure has a trigger and a camera or other recording devices.  Now we know who is theft prone.

Hiding articles from a thief works well.  Most crooks "case" a location before making a move.  If no goodies are to be seen, the thief moves on.  Of course , this means someone other than you suffers a theft.

Making a thief uncomfortable can work.  Loud sirens , voices out of no-where , stinkbombs , fake barking dogs, etc. may drive a thief away.


Honeypots
Things can be left out in places where a thief will be enticed.  A good joke can be had by those luring the thief to the item.  If the item is moved illegally .... lots of fun things can occur.  A stink bomb can be activated.  The item can do something strange and alarming.   We can have lights , camera , action.
Honeypots can be placed inside, outside , in cars , .... your imagination is the limit.
Good Triggers
There are lots of nifty triggering devices that can be built from common items.

One of my favorites is the common mouse trap.  If a mouse trap is jarred , the trap snaps shut with enough energy to accomplish many things.  A stink bomb can be activated.

Putting a sugar cube between the jaws of a clothespin is a great way to detect water.  When the clothespin shuts .... it can activate an electronic switch.

Natural Gas alarm
Often comes in combination with a CO detector.... for ~ $60

Fire detector
Pricing runs from $10 and up

Best practices for cars
Lock or unlock …… it depends.  I have had cars where the windows were broken multiple times by stereo thieves.  I gave up locking such cars.  I put notices in the windows advising that the doors were unlocked.  I have always wanted to stop the thief while avoiding as much thief caused damage as possible.

discouraging the criminal from messing with a car or truck....

One option is to have a vehicle stop working a short time after the thief takes it.

Best practices for backyard and garages
Is it better to have high fences, short fences, no fences ?

Best practices for delivered packages
Delivered packages should be left by a delivery person where they are safe or at least not easily visible by the public.
Clever locks   ( invisible , magnetic , ...... )
Locking devices can be made that are easy for the owner to operate and very hard for the thief to operate.  One scheme is to have hidden locks with unusual keys.


Walk by Inspections by Neighbors

Magnets
NeoDymium magnets are probably the strongest magnets you can buy.  They can be salvaged from discarded hard drives ( one of my favorite activities ).  You can buy them online.  They are kind of hard to find locally.... usually because they are mis-identified.
Another fun magnet type is Hematite.  Not as strong as Neodymium but very pretty.


Magnets can be used to trigger a switch if an item is moved.  This can be done using a reed switch.  A reed switch closes in the presence of a strong enough magnetic field. 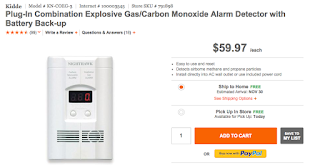